Léman's Mock Trial club, which was founded by 11th grader Ian Brovner and 10th grader Andrew Minnis last spring and is now in its first full year as a club, enables students to learn trial techniques, rules of evidence, and courtroom procedures, as well as practice their public speaking skills. This year, Léman has joined the New York Justice Resource Center Mock Trial Program and will be competing throughout February and March against other schools in New York City.  President of the LCA, Pilar Douglas, an attorney herself, takes time to coach the team as they prepare and train for competition. 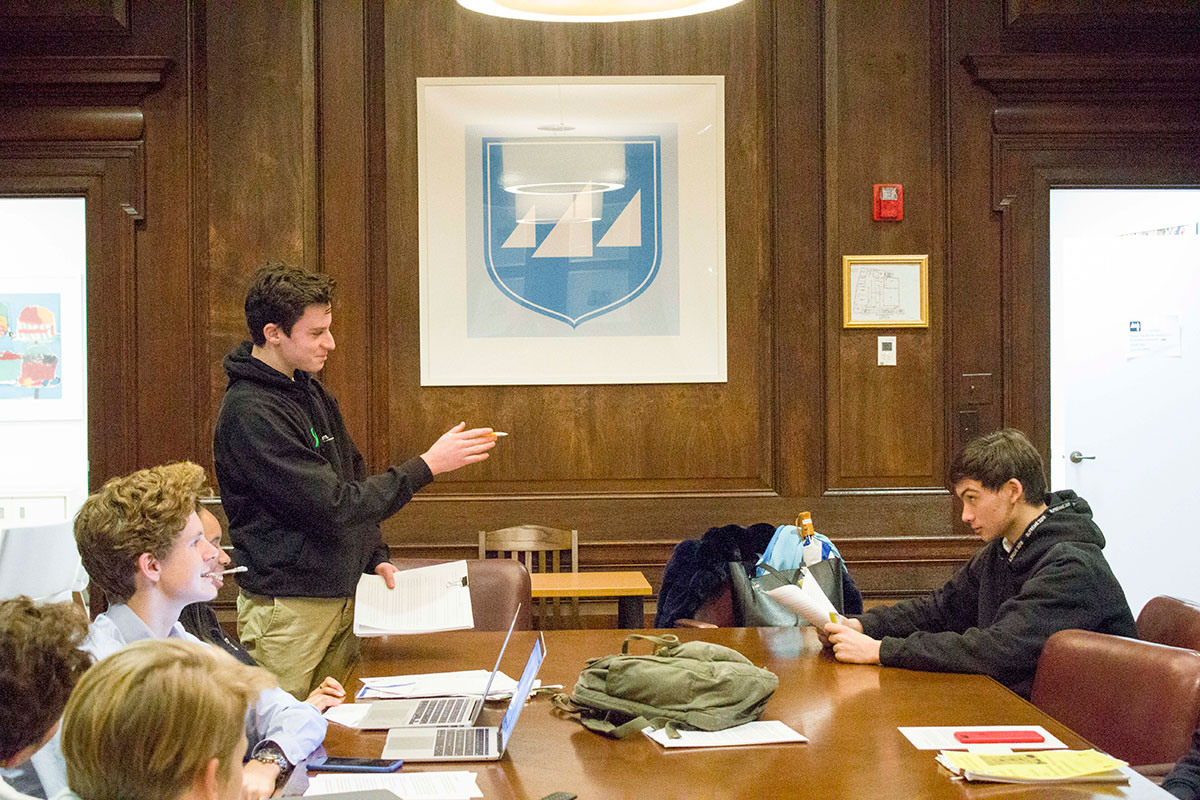 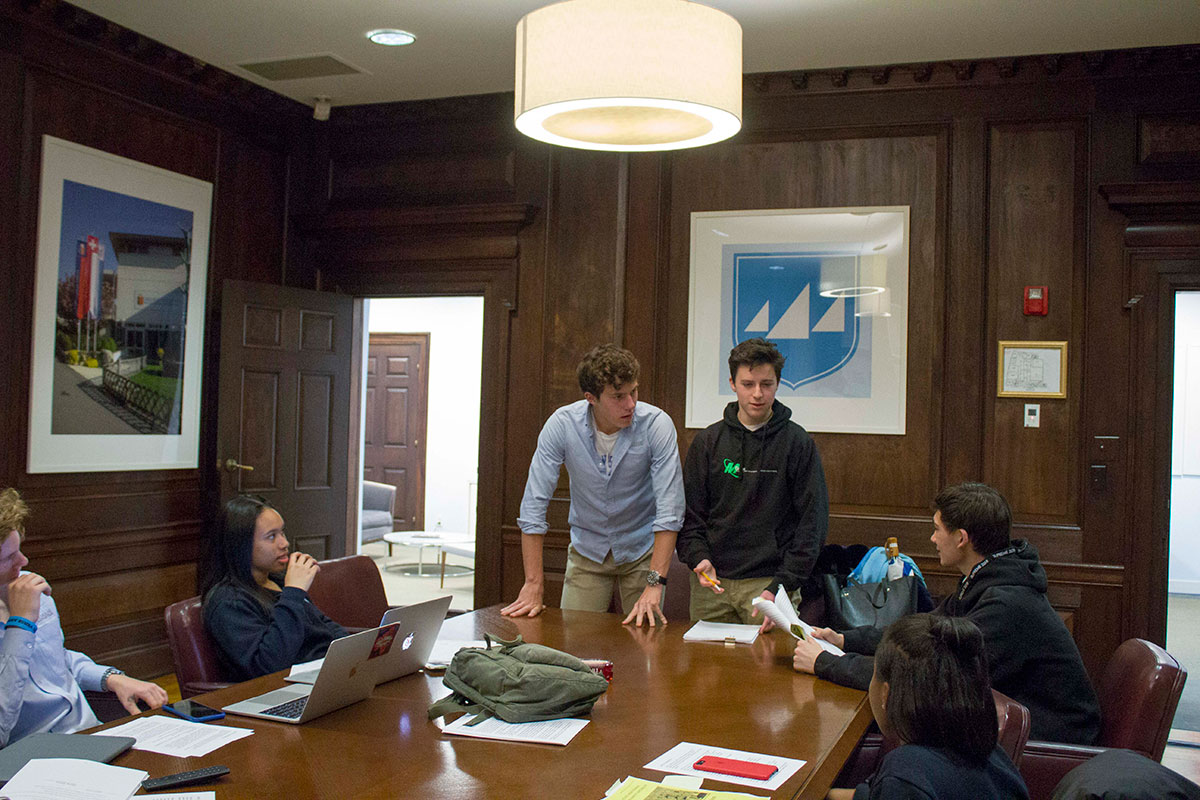 Previous:
Students Explore the Living Tradition of Poetry on a Trip to Poets House Next:
Happy Holidays from Léman!